Who Prevailed in the Two Horse Race at Shahama

Who Prevailed in the Two Horse Race at Shahama 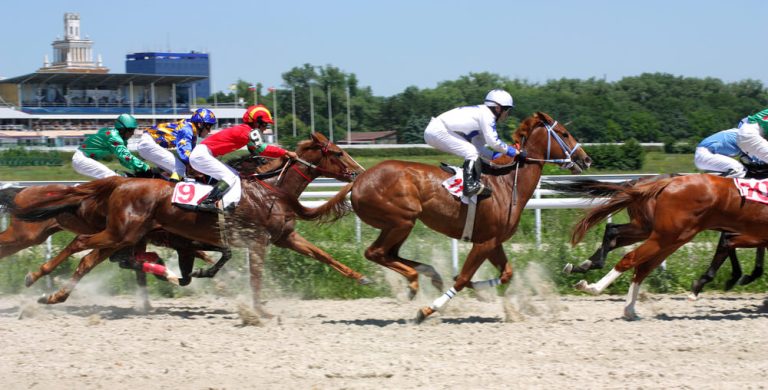 Most people looking to bet on a horse race online will find that one underdog that could possibly beat the odds. They’re looking for that one horse that could run right past the competition while everyone else doubts it. But when you’re watching a race with Shahama and Juju’s Map, it’s really a two-horse race. While another horse is out on the track competing, too, they might as well not try against both of these titans.

But even though most people were anticipating the race to be between these two horses, it turns out it was one horse’s show that day. Shahama completely crushed the competition, coming in at 1:41.54.

How the Race Was Supposed to Play Out

Most people expected the race to be a close competition between the two titans, with Juju’s Map, trained by none other than Brad Cox, taking the win at the last second. And while some were overly optimistic about Juju pulling off an incredible lead, others were thinking that it would win by just a sliver.

But as Todd Pletcher’s Shahama showed everyone, it wasn’t even a close race. Shahama stayed on Juju’s Map’s flanks for as long as six furlongs. And for the last 2 ½ lengths, it kicked into overdrive and quickly made it past the finish line for the win. Shahama won the 98th Monmouth Oaks race with little resistance from the other horses on the track.

How Did the Race Actually Play Out

While Shahama blazed past the finish line for the win, Juju’s Map was only able to finish third. Despite holding a fairly dominant lead against Shahama, Juju burned out and was three-quarters a length behind second place, Shotgun Hottie.

Of course, Juju’s Map finishing third wasn’t the only surprise to people horse betting online. The underdog of the race, Shotgun Hottie, managed to get second place over the grade 1 winner on the track. It was certainly a pleasant surprise watching Shotgun Hottie blaze past the other horses on the track to finish in an impressive second place.

Comments from the Winning Team

Turns out that the team has been going through a lot of training to bring out the best in their prizewinner. But more importantly, they had a proper plan for how the entire race would play out, and it turned out exactly how they anticipated. They planned on giving the early lead to Juju’s Map and stayed in second place. And as she’s approaching the finish line, she’s supposed to kick it into gear and make the last sprint. It was certainly enough to throw people who bet on horse races online for a whirl.

According to Anthony Sciametta, Shahama has been training in New York and only came to the track that afternoon. But despite any trouble she could’ve gone through, she was on her best behavior and performed very well throughout the event.

But other than being well behaved, she was also incredibly friendly, which made her so much more pleasant to be around. And even though most people thought it would be a two-horse race, most people didn’t expect it to be so one-sided.

While Shahama had a rough start to her career, she managed to get a few wins over her career as well. In her seven career starts, she currently has five wins and a second, which isn’t bad for this filly.

She went to her initial trainer Fawzi Nass at a Spring Sale for 2-year-olds at the Eddie Woods Consignment. And as Vargas rode this filly to the finish line, he showed off what she was really capable of. Vargas also said that she doesn’t like the kickback from the other horses, which is why he was on Juju’s Map’s side for most of the race.

Despite a real effort to shake off Shahama during the race, Juju’s Map just wasn’t fast enough to keep up with the Kentucky-bred filly.