Chatman’s Chips Do The Talking in First Bracelet Win 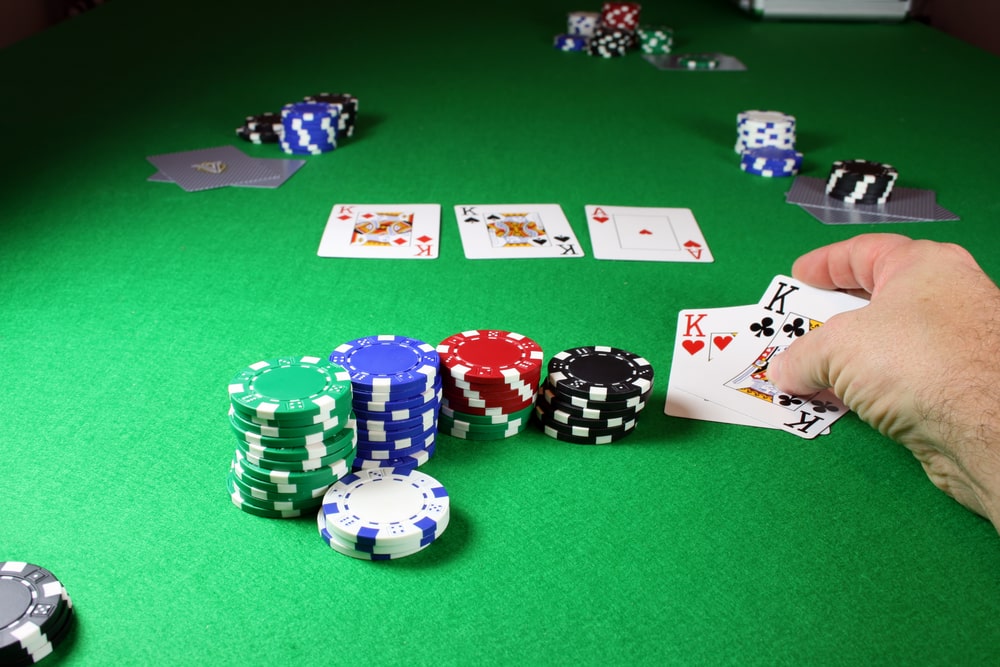 The lone man standing at the end of Event #24: $1,000 Flip & Go at the 2022 World Series of Poker was not a name that rolls off the tongue. After closing out Day 1 as chip leader, Christopher Chatman held firm to see off his opponents, securing that much sought-after gold bracelet, along with $187,770 in prize money. This was one ending bettors never saw coming.

Chatman, who lives out of Centreville, VA, had never won more than $16,267, when he finished in 36th place in a $1,000 event way back in 2011. And yet here he was seeing off what, on paper, at least, was one very strong field indeed. So how did that field fare, exactly?

Seiver and Co Fail to Impress

The event’s biggest names were sent home empty-handed. That included four-time World Series Poker winner Scott Seiver, who made the headlines for all the wrong reasons. Seiver, who didn’t even manage to make the top 157, failed to win a single game. I mean, assuming everyone is equally good at discarding after the flop, a player should win 12.5% of the time. Other big names Patrick Leonard, Jeff Gross, and Davis Peters all fell short at the event. So, while these were players who have been there and done it, when it came to the crunch, this wasn’t exactly the 1992 NBA Dream Team.

If you think Chatman took us by surprise, that was nothing compared to how Chatman felt himself. The Virginia man didn’t see himself as a professional poker player, but rather as a recreational player with a job. While typically playing cards once a month, he’s played in multiple cash games and tournaments over the past few years. That experience appears to have benefitted him. And after all, if Ben Affleck can play a game of poker or two when he’s not busy saving Gotham, there’s no excuse for Chatman not to take the odd seat at the table.

While not a frequent face at the tables, that doesn’t mean Chatman hasn’t been playing for some time. In fact, he’s been playing poker since his high school days. It was Chris Moneymaker’s World Series Poker main event success in 2003, however, that perked Chatman’s enthusiasm for the pro game.

One by One, They Fall

The stacked the final table at the event included bracelet winners Ian Steinman, Pete Chen, Georgios Sotiropoulos, and Mike Matusow. Matusow exited first, quickly followed by Sotiropoulos and Cheatum, as the field continued to thin. Austin Apicella couldn’t find his game and was followed by Chen, as the final table approached the endgame. Chatman saw off Tyler Willse before being left with only Rafi Elharar standing in his way.

Table: A look at the POY points and payouts awarded at the final table.

When it came to the final two, there wasn’t much between Chatman and Elharar on the leaderboard. However, it didn’t take long before Chatman pulled away after he won a big pot, beating Elharar with the better kicker, with both players having the same pair. In the game’s final hand, Chatman’s Ace King beat his opponent’s King 6. A King on the board gave Chatman a pair of Kings, winning with the better kicker once again.

The Flip & Go tournament was only introduced to the live WSOP felt in 2021. It begins with an initial ‘flip’, which essentially puts each player all-in blind the moment they sit down. They’re then dealt three cards before discarding one after the flop. The rest of the game then plays out to decide which player will make the money and progress to the event’s second phase: a no-limit Hold’em tournament. Players can enter multiple ‘Flips’ in a bid to progress.

One thing’s for sure: Even former bracelet winners won’t be taking Chatman for granted at next year’s Flip & Go.